Mother and Daughter Battle Cancer Together at Heartland Cancer Center

By: Beverly Schmitz Glass / Special to The Telegram
Published March 31, 2018 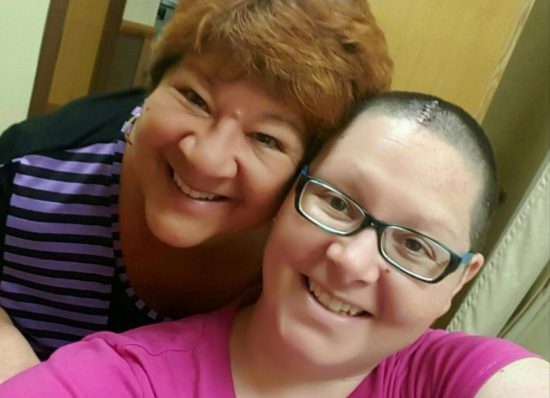 Marcie Harris Charles and Megan Charles Kramer are mother and daughter. The two women are both battling cancer, but are thankful they are able to access Heartland Cancer Center for treatment. [PHOTO COURTESY BEVERLY SCHMITZ GLASS]

For Marcie Harris Charles, 60, and her daughter, Megan Charles Kramer, 37, receiving treatment for their very different breast cancers so close to home has made a huge impact on their families, as well as themselves.

Charles, who lives in Dodge City, and Kramer, who hails from Cimarron, began the breast cancer battles in 2010, when Kramer was diagnosed with inflammatory breast cancer (IBC) — a rare and difficult breast cancer to treat due to its sheer aggressive nature to spread throughout the body. It occurs when the cancer cells block lymph vessels in the skin of the breast, making it appear bruised and swollen because of the reddish purple color.

“In March 2010, Megan was diagnosed with IBC and began radiation and chemotherapy treatments at the Dodge City Medical Center’s Cancer Center of Kansas,” Charles said. “On Aug. 30, 2010, she had a double mastectomy that included the removal of 13-plus pounds of tissue. The pathology came back with clear margins, and no signs of cancer in other parts of her body were found. The oncologist saw no reason for Megan to wait to have reconstructive surgery, so on Aug. 30, 2011, her plastic surgeon in Wichita began that procedure. Little did we know...” 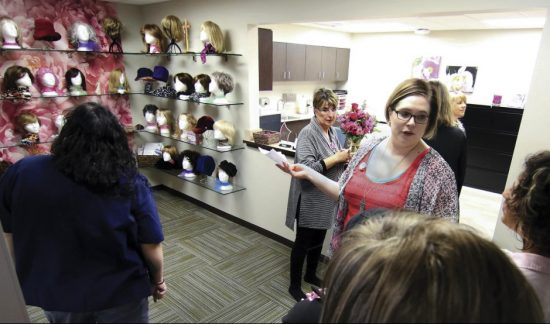 At Kramer’s checkup in March 2012, Dr. James Moffitt, her family practice physician in Dodge City, noticed a lump on her neck. After the usual battery of tests showed new cancer growth, Kramer prepared to go back to Wichita for further testing. But her oncologist there had retired, so the decision was made to go to MD Anderson Cancer Center in Houston, where she began a three-year-long trial that would take her well into 2015.

“When that drug trial ended, Megan’s cancer had slowed but we just weren’t sure how long that would last,” Charles said. “So in December 2015, she and her husband, Cory, headed to Phoenix to the Cancer Treatment Center of America, where she would undergo more radiation and chemo for three weeks, come home for a week, then return back to begin the process again. On a rare day away from the center, Megan was walking up in the mountains outside of Sedona enjoying the fresh air and sunshine, when she fell and broke her leg. We got to add crutches and a wheelchair to her growing arsenal of medical equipment.”

It was during the Christmas holidays in December 2016 that Kramer decided she needed to stop all of the flights and endlessly long car trips and deal with the hard fact that her children — Landon, Ally and Brenna — were growing up without her. Kramer said to her mother, “I can’t be away from my family for weeks at a time any more. I need to come home.”

On Christmas Eve 2016, Kramer came home from Phoenix. By now, cancer had spread to her brain. 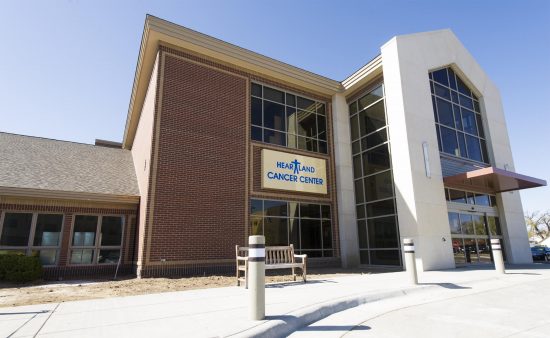 In January 2017, after consults and more tests, Charles and Kramer sat down with family friend Heather Wright-Renick, BSN, RN, CN-BN, who is a certified nurse navigator and director of The Breast Center at St. Catherine Hospital in Garden City and who also lives in Cimarron. In her usual candor, Wright-Renick, herself a breast cancer survivor, asked when they were going to stop traveling and receive treatment at St. Catherine’s Heartland Cancer Center.

“To be honest, Heather was the reason why we decided to come get treatment at Heartland,” Charles said. “The oncologists, other cancer specialists, plus the nursing staff deserve more praise than there are words for. It’s so much more than just getting chemo for my daughter. It was about this group of nurses who don’t ask, they just make things happen. Whether you’re the patient or the caregiver, they are so dedicated and tuned in to your needs and moods — I just can’t say enough good things about what this group of compassionate professionals has done for us during a very stressful and frightening time.”

While the cancer center first opened in 1997, expansion in 2016 greatly enhanced the cancer treatment services the center was able to provide for the region.

According to St. Catherine’s website, the center features diagnostic PET Scan services, a dual energy linear accelerator and a treatment planning system utilizing the latest technology to aid in defining treatment areas while avoiding harm to at-risk organs. With the expansion, Heartland was able to acquire a Linear Accelerator, or TrueBeam, which can image tumors with high precision and deliver high energy treatment in a way that minimizes the amount of radiation delivered to healthy tissue.

In addition, Heartland offers the latest in chemotherapy and radiation therapy to improve tumor control, reduce side effects due to better organ visualization, and enhance treatment techniques for optimal outcomes. St. Catherine also has partnered with the Midwest Cancer Alliance through the University of Kansas to increase access to the latest cancer treatments through a variety of clinical trials.

After providing care and support for her daughter’s ongoing treatment and her family since 2010, Charles found herself being suddenly moved from caregiver to patient. On August 30, 2017, she found herself at the end of her every four months breast follow-up appointment with a diagnosis of invasive ductile carcinoma.

“This cancer begins in a milk duct and invades the fibrous or fatty tissue of the breast outside of the duct,” explained Dr. Anis Toumeh, a medical oncologist at the Heartland Cancer Center. “IDC is the most common form of breast cancer, representing 80 percent of all breast cancers.”

Toumeh is both Charles’ and Kramer’s oncologist.

“It’s really frustrating to have to repeat the same tests every time you go to another specialist or medical center,” Charles said. “No one, it seems, can read another entity’s results or scans because they have a different system. It’s a huge disservice to patients when tests are repeated and repeated.”

But according to Charles, Heartland compared to other cancer centers she and her daughter have gone to, and she says Heartland always puts the patient and their family first. It has helped ease the burden of her caregiver husband Marc, who is chauffeur, chef and comforter for both his wife and daughter. She explained that in their situation, with both mother and daughter as patients, both immediate and extended family members stepped up, including Kramer’s husband, Cory (who was also holding down a full-time job) and his parents, Jim and Jean Kramer, also of Cimarron, who made sure their daughter-in-law got to appointments and that the grandkids stayed connected.

“We never have to wait,” Charles said about Heartland. “We barely get sat down in the waiting area before the nurse is coming over to get us. A big thing for us is the coordination of Megan’s and my treatment days and times — what an accommodation! So instead of traveling back and forth three days a week, we can get our labs, doctor appointments and treatments all done on the same day. That has been an enormous impact on our families who have had to juggle their work schedule to bring us to Garden City. You couple that with the volunteers, the outstanding work and contributions that Leave A Legacy does every day for patients and their caregivers — I’m just so proud that we have this incredible center in southwest Kansas that provides leading edge technology with a deep compassion and care for the people they serve. Blessed. We are so blessed.”